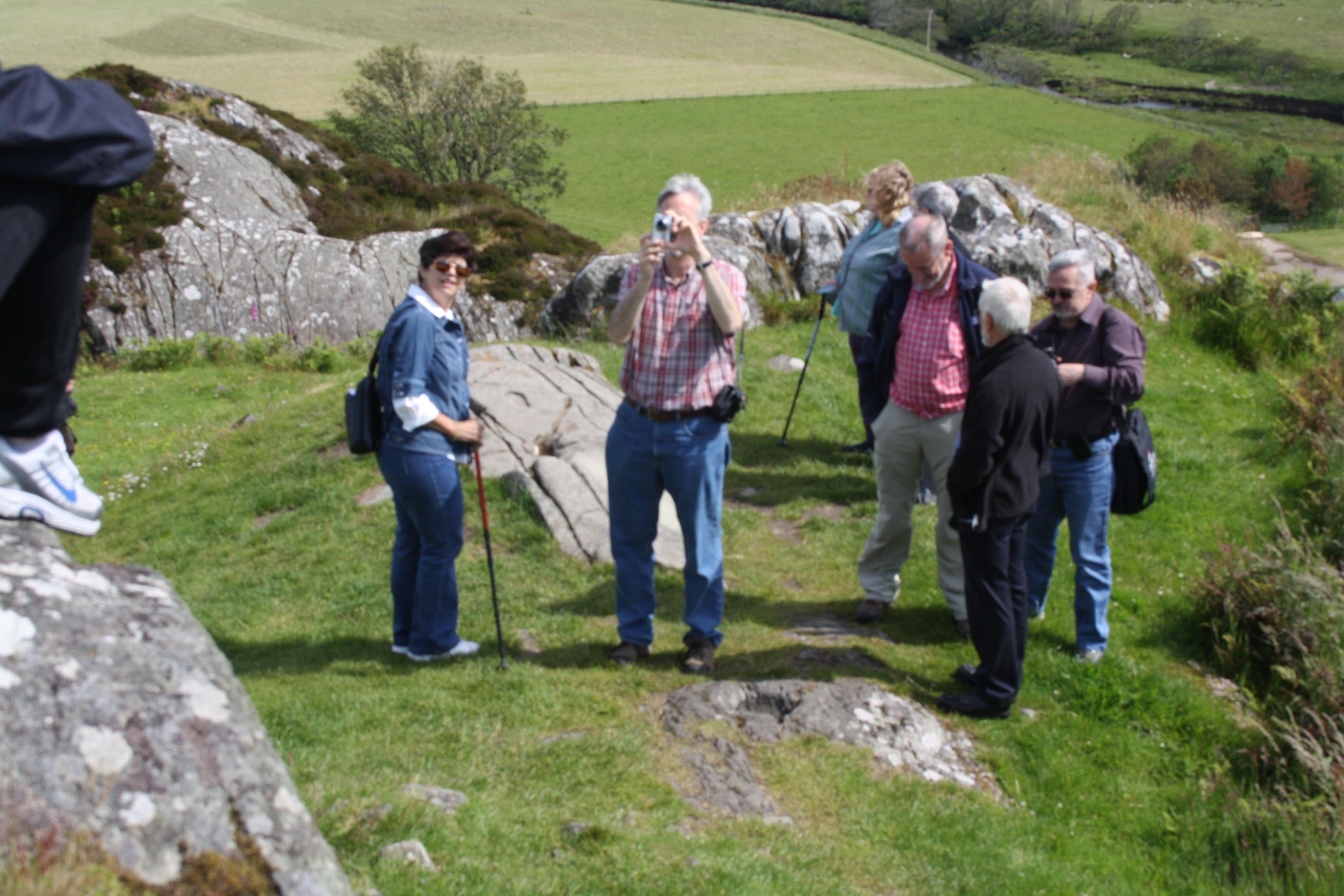 What does it mean to be the church in the cities of the 21st century? This question brought together a group from across Europe and North America to embark on the “Celtic Trail” – seeking to learn lessons from the Celtic Christian movement of the 5th and 6th centuries.

On Saturday 2 July the Trail began at Dunadd, ancient capital of Dalriada, and travelled via Kilmartin and Brendan’s Seat at Duachy to Kilbrandon Church for a presentation by Robert Rae on Celtic Christianity in general and the role played by the Isle of Seil in particular.

A joint Kilbrandon-Kilchattan service welcomed the visitors on Sunday 3 July and struck distinctly Celtic notes in the music and singing, in a mime depicting scenes from the monastery of St Cattan, and in a sermon suggesting that the Celtic emphasis on community and hospitality might be on-message for today.

A pot luck lunch was enjoyed by all, with many spilling out of the church to enjoy eating al fresco in glorious summer sunshine. A concluding discussion found both hosts and visitors convinced that there remains much to be done with the heritage of the early Celtic Christian movement. 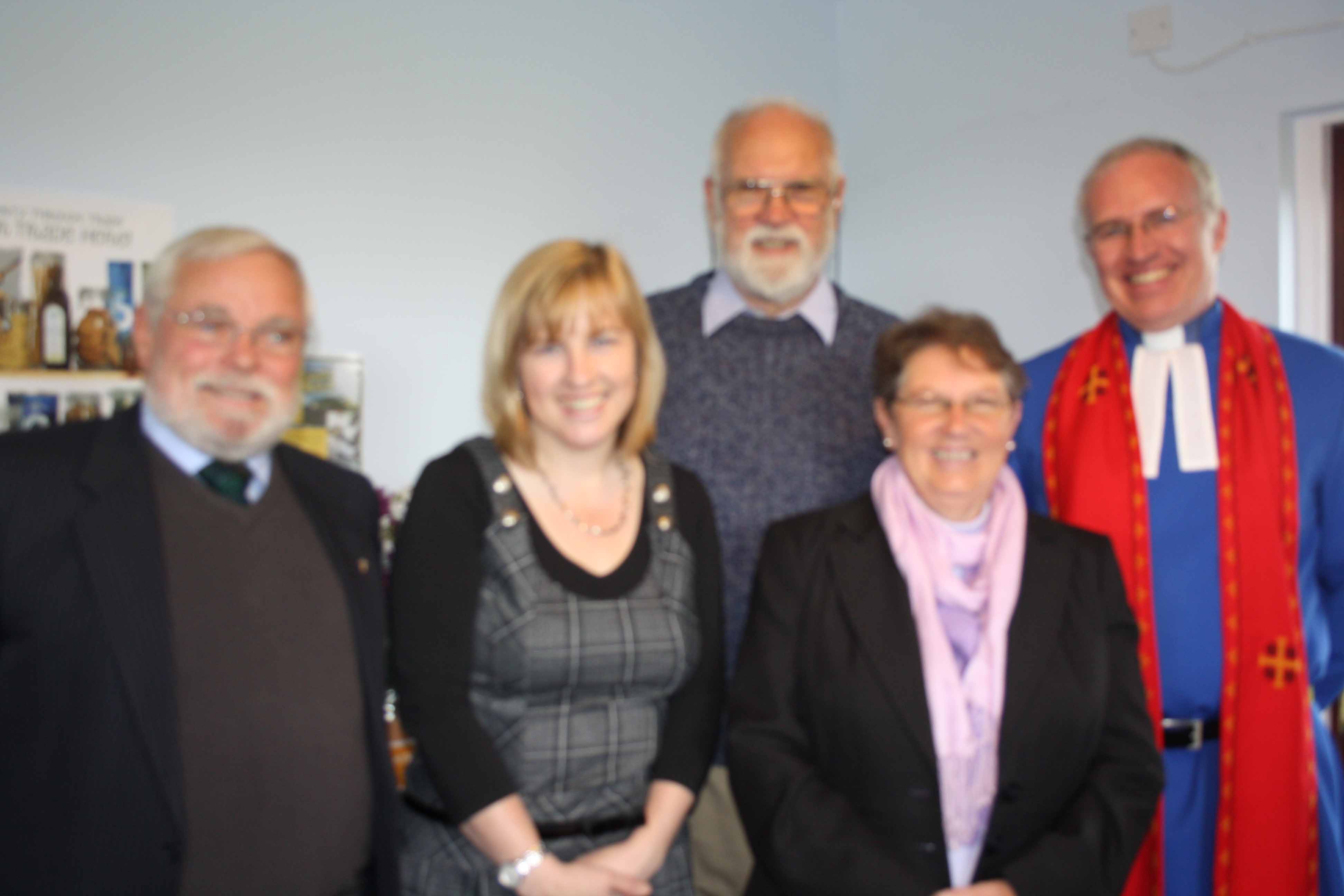 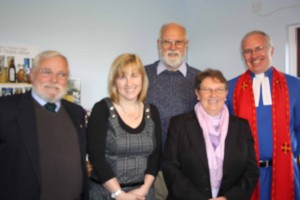 Family, friends and church members gathered at Kilbrandon and Kilchattan Churches on 15 May 2011 for joyful services which featured the ordination of new elders – Jean Alexander, John Alexander, Caroline Fothergill and Phil Moss.  “Elder” is the term used for a leader in the Church of Scotland. Many good wishes and prayers supported the new elders as they were commissioned for their leadership role. 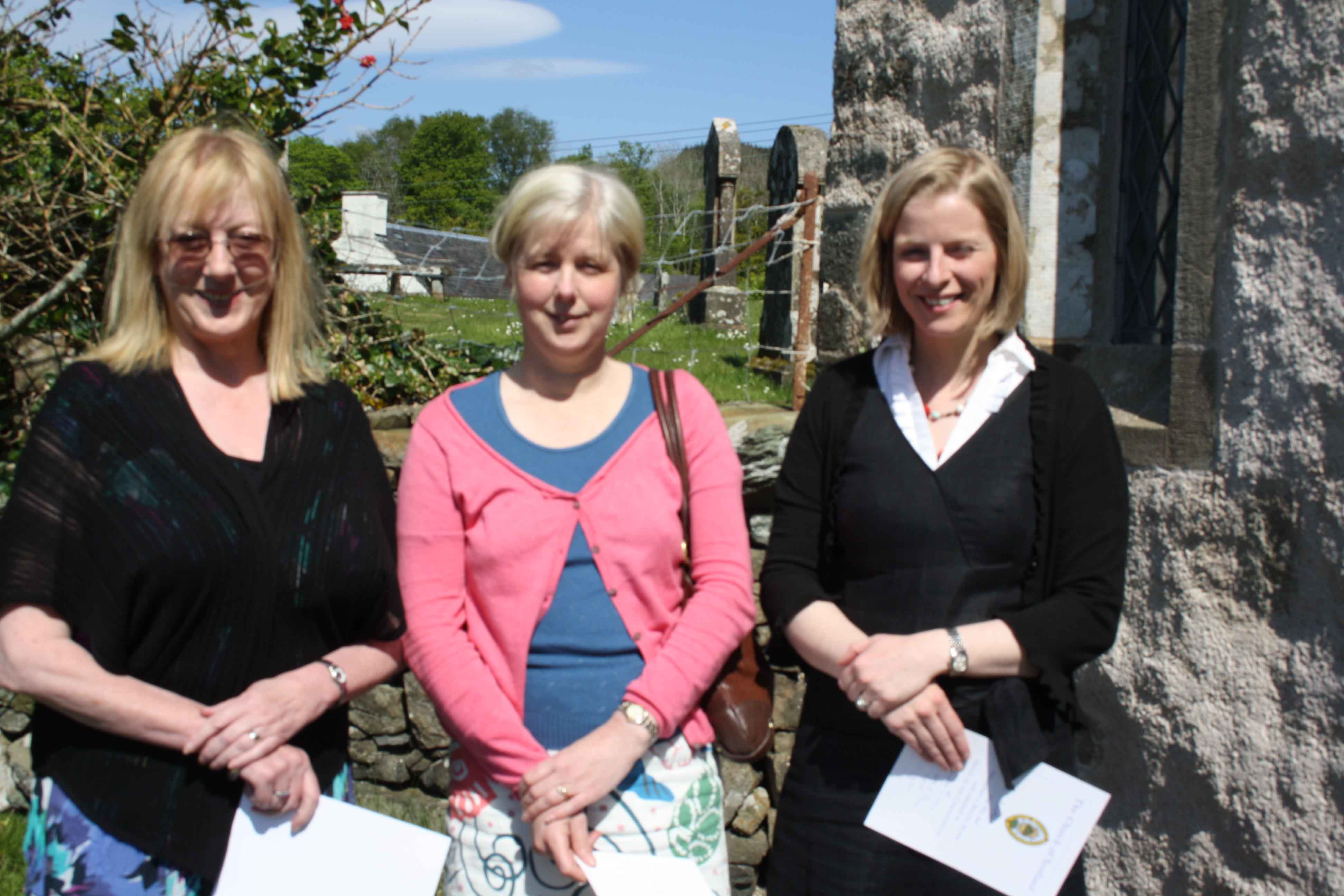 1st May was a very happy day for Kilmelford and Kilninver Parish Church as Jean Campbell, Sally Inglis and Rachel Ross were ordained as elders at a moving, joyful and challenging service. The “elders” form the leadership team which is responsible for the spiritual life of the parish and for guiding the life of the church.

John Alexander led the worship on Sunday 24th April 2011. Everyone was invited to bring a flower, which was then placed on the slate cross, held by wire. It made a beautiful display and added to the message brought by John, of new life.

Kilmelford Church on 19 April 2011 hosted the final service in a three-part Lenten series on “Faith in a Time of Recession”. Discussions have ranged across the banking crisis, tax, public spending, cuts, and uprisings in the Middle East and participants have been struck by how much biblical texts speak to our contemporary context.

Rather than indulge in finger-pointing by looking for who we can blame for our current economic woes, the discussions have led us to examine ourselves – our lifestyle, our attitudes, our priorities. It has truly been a Lenten discipline to get our lives in order in preparation for Easter.

The services have demonstrated the appetite in Netherlorn for active discussion of how faith relates to life. Bringing our questions, doubts and struggles as well as the sources of our inspiration to a worship occasion creates a powerful dynamic. The Lenten series is complete but it has shown what is possible and more of this kind of engagement can be expected. 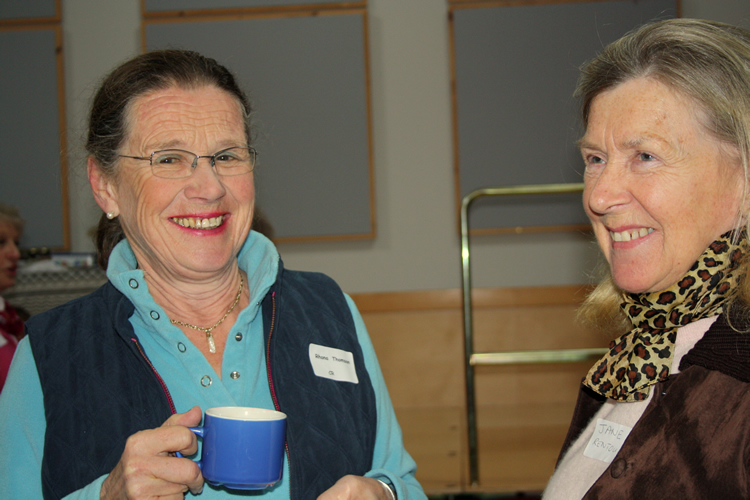 We came together for a weekend to meet up and exchange ideas between the five churches, including the younger members of our congregations.

We regret but following Government Advice we have decided that there will not be any Church Services taking place in some of the Netherlorn Churches until further notice, due to the Coronavirus issues. This means Kilbrandon Church (Seil), Kilchattan Church (Luing) and Kilninver Church have cancelled their Sunday Services. Kilmelford Church is open.