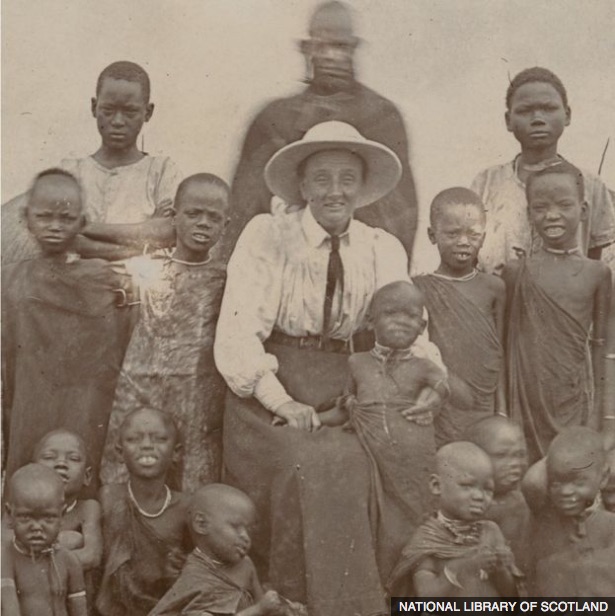 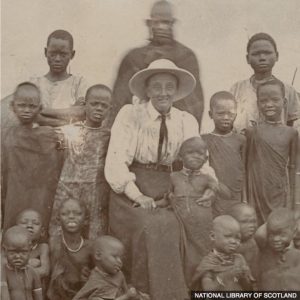 In the news this week is Minnie Watson, the Scottish woman whose life and work did much to lay the foundations of the Presbyterian Church of East Africa in Kenya. Minnie’s story has a strong local connection since her great-niece Isabel Smith lives in Kilmelford. Minnie grew up in Dundee in the later years of the 19th century. It was a time when many young people were gripped by a call to serve as overseas missionaries. Among them was Minnie who set out for Kenya in 1899. She went to join her fiancé Thomas Watson, who had already started pioneering the work of Christian mission in East Africa from a base at Kikuyu, near Nairobi. They duly married but their joy proved to be short-lived. The early European missionaries were highly vulnerable to tropical diseases and Thomas sadly died of pneumonia just one year after they married.

We can only imagine what this loss must have meant for Minnie but she determined that she would carry on the work that they had begun together. For the next 30 years she led the work of the mission, establishing a wide network of schools, starting hospitals and building churches. Among the school pupils was Jomo Kenyatta, who would become Kenya’s first President and the father of the current President Uhuru Kenyatta. For Minnie it must have been a tough life – at times facing famine, drought and disease. But from this work emerged the Presbyterian Church of East Africa, which today has three and half million members.

The reason that Minnie has been in the news is that Church of Scotland Moderator Russell Barr has been visiting the Presbyterian Church of East Africa. When Russell met the Secretary General of the Church, Peter Kariuki, this is what he had to say: “Minnie Watson is our mother in faith. She is the image of Christ and sacrificed all her comfort to live among our ancestors. She remains, for us, the icon of genuine Christianity. We love our mother.”